Existence of the frequency

Tamiko Tominaga depicts the instability in human relationships as well as existence in this world. The figures in her paintings are sometimes caught in a passionate moment,but it never seem as though they are truly heated.

There is a certain distance between the artist and the viewers to observe the paintings more.

The human existence itself is unstable since it is made from the quantum which always changes.

She expresses the meeting and the separation of the body and the soul from the quantum point of view as well.

She expresses the majestic, mysterious journey of the souls beyond the dimensions. 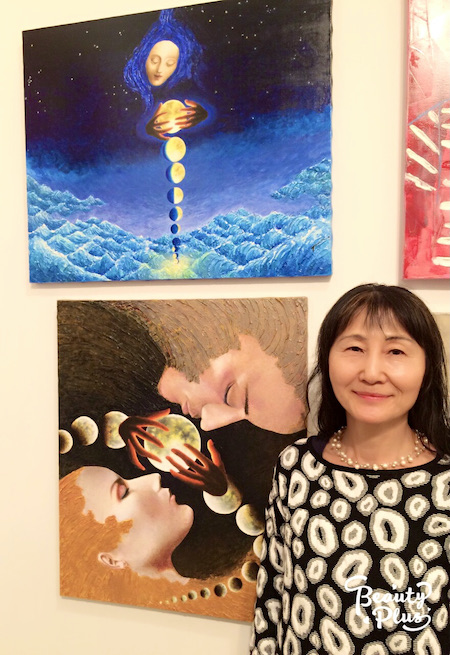 I am Tamiko Tominaga, painter living in Osaka Japan.

I have experienced many solo shows and the art fairs in Japan also abroad for past 10 years. 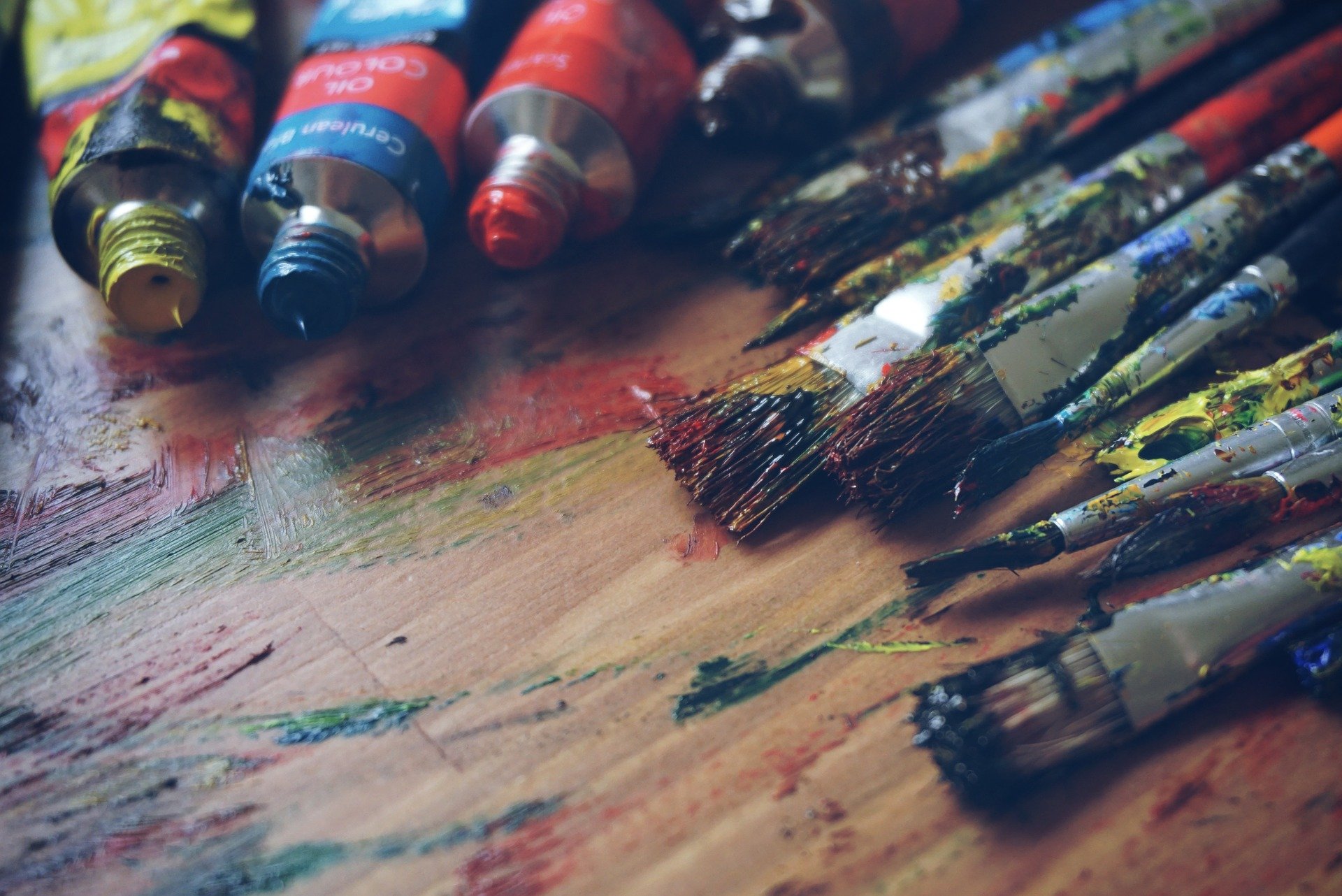 Tominaga was impressed by the nature, religions, costumes and the medieval feelings of the streets of Kathmandu Nepal and painted her mind effected by them as the mysterious visions from the sceneries there.

She also expressed the impressions from the experiences in Bali and Lombok Irelands visited in 1987 as well.

She has participated the art fairs in Santa Fe,San Diego,NY,Buenos Aires,Taipei,Melbourne and Singapore then her concept has changed changed a lot.

She visited Hawaii 3 times and stayed in permaculture community and she found she must visit NY to begin her contemporary art.

And she has challenged to participated in many art fairs and done her solo art shows there and in the world.

After her many experiences having participated in the art fair in Santa Fe,NY,Buenos Aires,Taipei,Melbourne,Singapore her concept has changed a lot.

She depicts the instability in human relationship as well as existence in this world.

Another strong elements of her paintings are the particles which spread around the bodies of her subjects.

They are quantum which always moves and changes same as the existence of human beings.

They appear and disappear again and again.

That endless dramas of the patterns are the big mysteries.

She expresses the mystery of human existence and the Universe’s cycle as well.

Human-being(micro ) wearing the Hat of Universe (macro)
If the Micro goes to extreme it would be Macro. 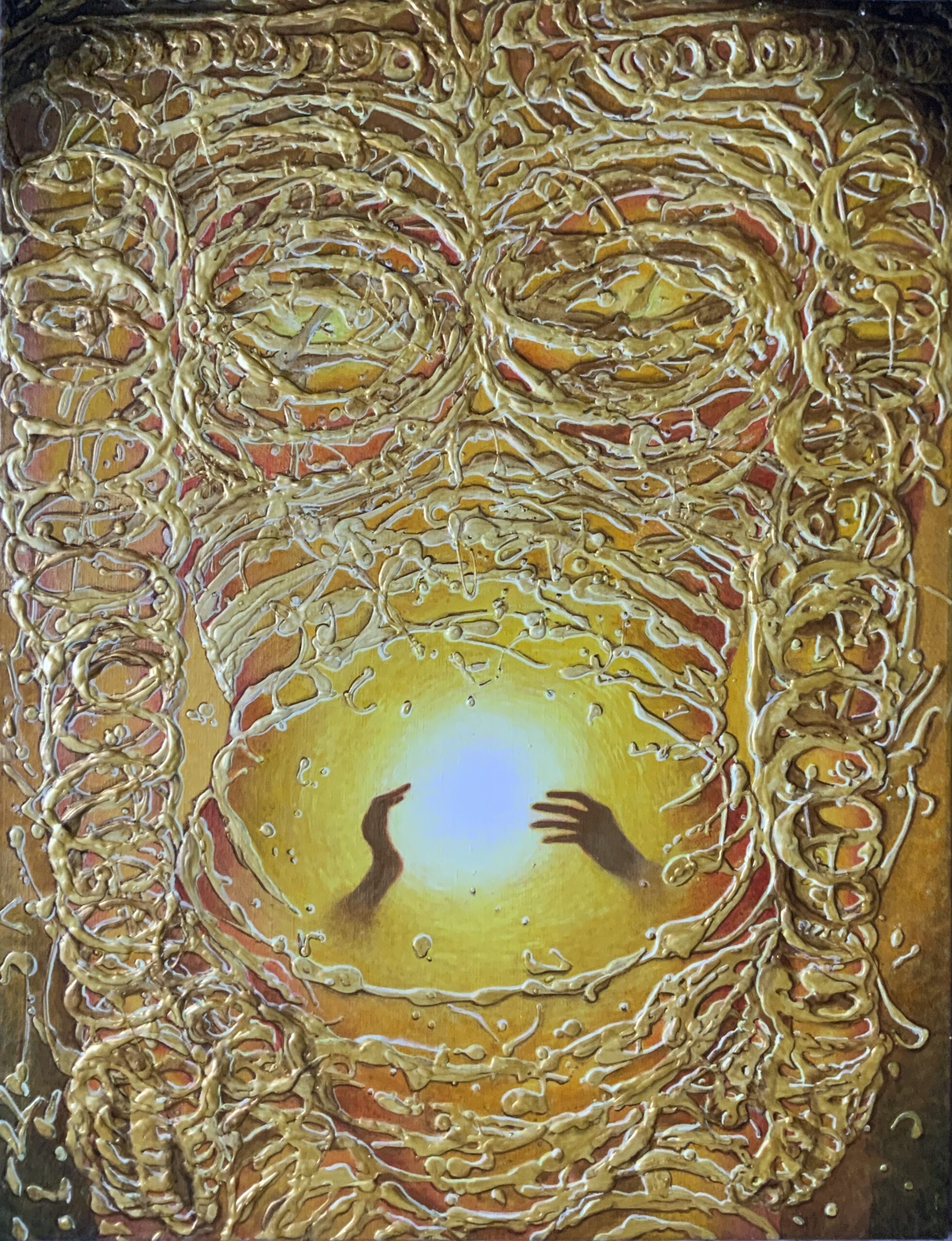 If there is a source which made everything to the universe it must existences in the body itself so that the same source also does in the body as well.

It must be the lights , which must act on concert each other.

Loving souls will encounter after time .
They get the true bond beyond the sentiments. 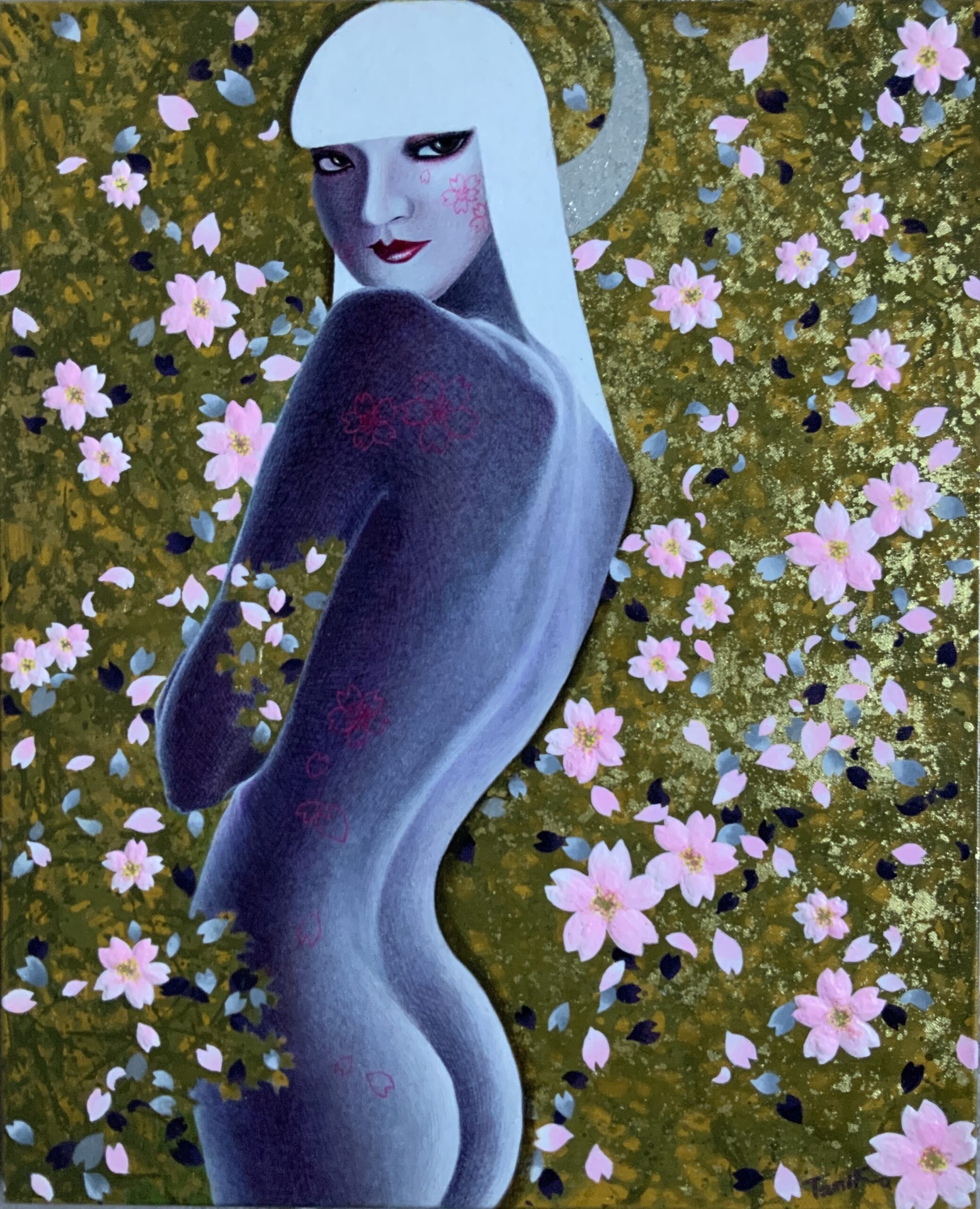 I tried to express the spirit and the fascination of the cherry flowers using gold and silver foils.

Look at her art works
Inquiry